Hi lovelies! Another Mexico related post coming at you today. I’m really missing the beach at the moment so reminiscing while planning my next adventure is helping ease the pain a little.

Everyone I know who has been to Mexico always talks about their visit to Chichen Itza, so when planning our trip (we all know i’m a major planner) it was something we were certain we wanted to do. Chichen Itza is one of the ‘New’ Seven Wonders of the World and not knowing if we would ever go back to Mexico, it’s not something i wanted to miss out on. 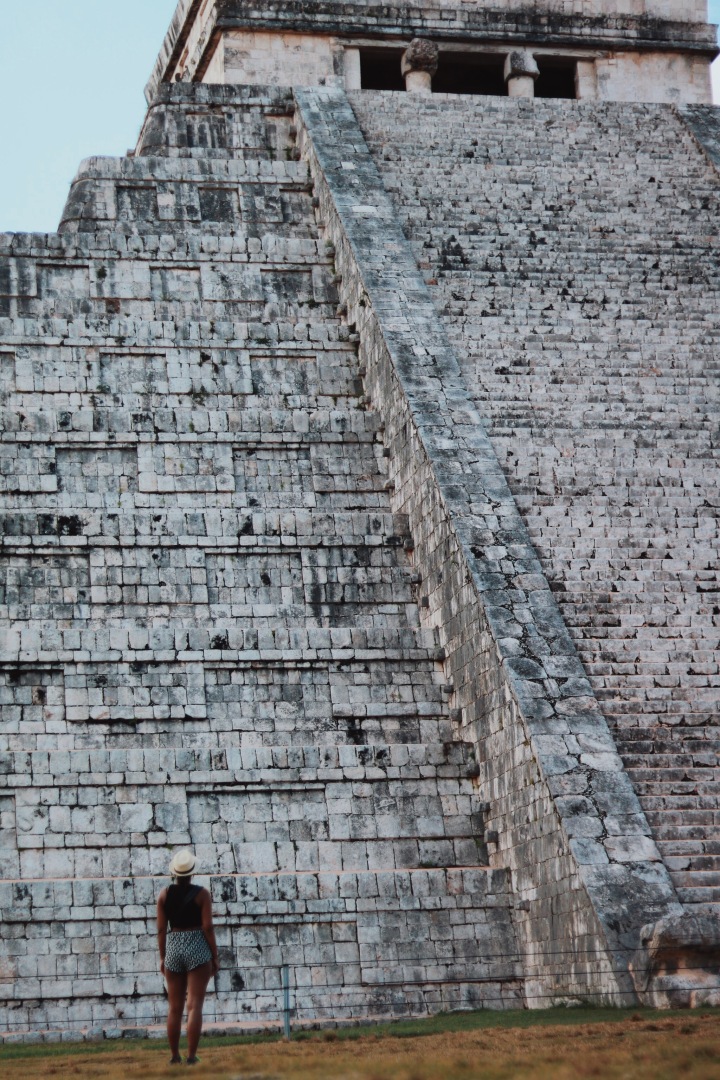 Seasons Tours were situated within our hotel complex so we booked a day trip to Chichen Itza with them, which also included a swim in one of the famous Cenotés and lunch in an authentic Mexican restaurant. You can book similar trips through your travel agent or online before you travel, but often it’s a good idea to wait until you’re away as you can sometimes barter the cost or get something extra thrown in for free.

Our day trip began at around 7.30am with our pick up from the hotel and a long drive (around 2 and a half hours) south.

Our tour guide took us on a walking tour round the ancient sites, talking us through the history and culture of the Mayan people and it was fascinating to not only hear about how they lived, but also see the huge structures and temples they managed to build with technology nowhere near what we have today.

After the guided tour we had a short amount of free time to explore a little more by ourselves so the perfect opportunity to take some photos and have a little wander.

There were a lot of tours taking place at the ruins, some in groups of around 20 people but our group was one of the smaller ones with around 10 of us alltogther. Seasons do this specifically so that its a more intimate setting and I really think it makes the day better, so if you can manage to find a tour that accomodates smaller groups I would definitely opt for that one. 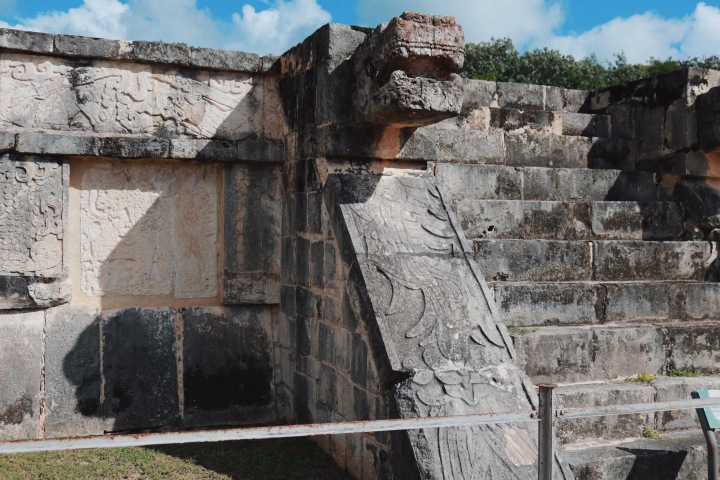 Following the morning at Chichen Itza we were taken for lunch at a small, independent restaurant in the town just outside the ruins. The menu was obviously fully spanish as it’s not in a resort area so the tour guide talked us through the menu, giving his recommendations along the way. I tried some authentic mexican dishes rather than the standard chicken fajitas we all tend to love, it was definitely an experience and I was glad to try something new.

After lunch we headed to the Cenotés which I had been excited about for weeks before travelling to Mexico and they did not disappoint. Swimming inside a cenoté is a once in a lifetime experience and I would highly recommend it if you ever get chance.

The cave itself was beautiful and the water wasn’t actually too cold, which i was suprised about. There’s a stairway caved through the rock taking you 85 foot underground to the water, then the water itself is around 130 foot deep and has some small fish such as catfish swimming around in it – I didnt see any, thank god because i definitely would have freaked and made an absolute show. 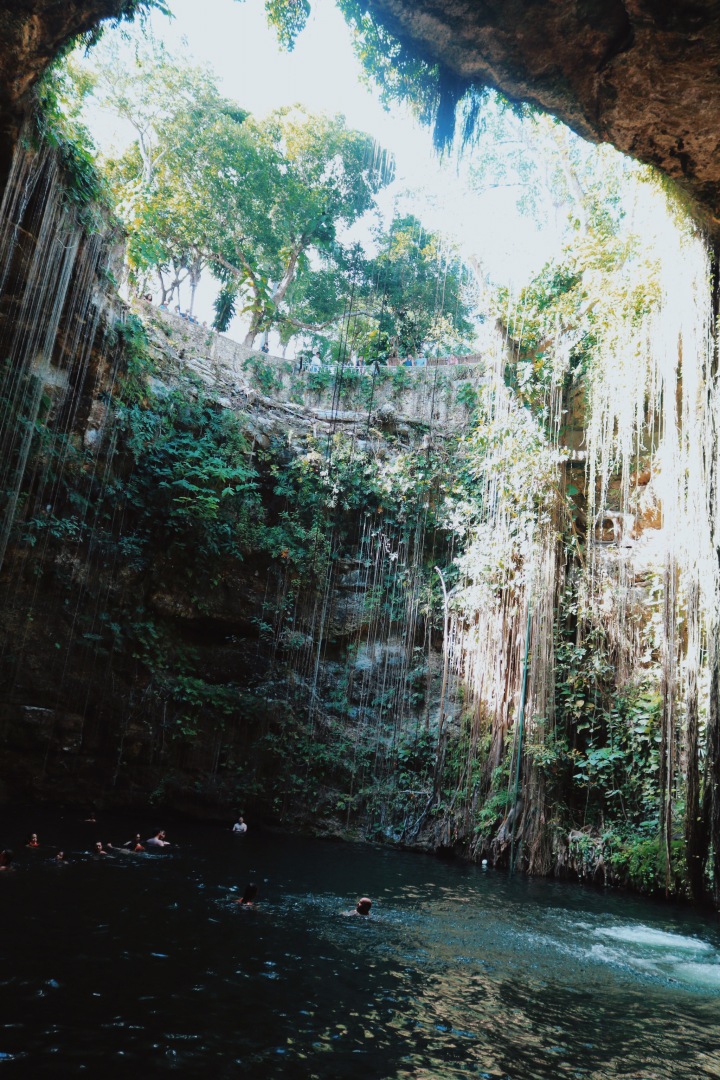 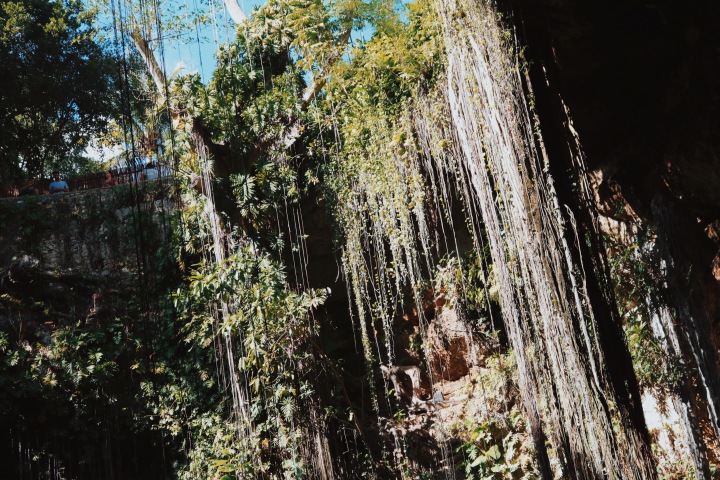 After swimming in Cenoté Ik Kil I thought we were off back to the hotel but had completely forgotten about the final stop of the day which was at a little town called Valladolid. Valladolid is an old colonial town founded by the Spaniards in 1545 and is super cute, with brightly coloured buildings and a small square in the centre where we stopped for ice cream before jumping back on the mini bus. 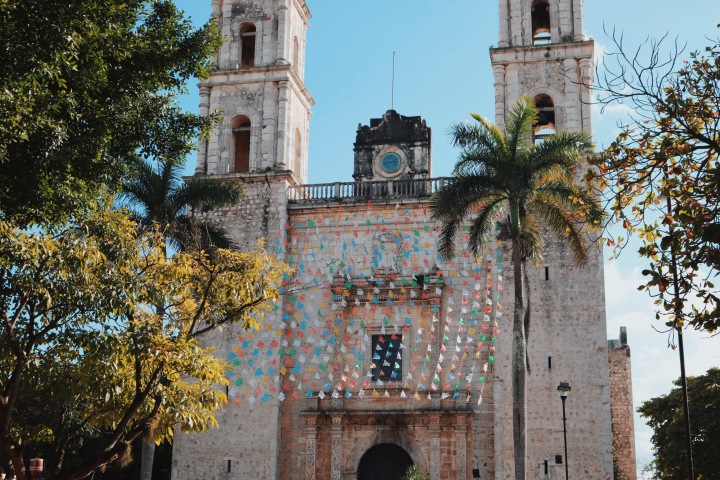 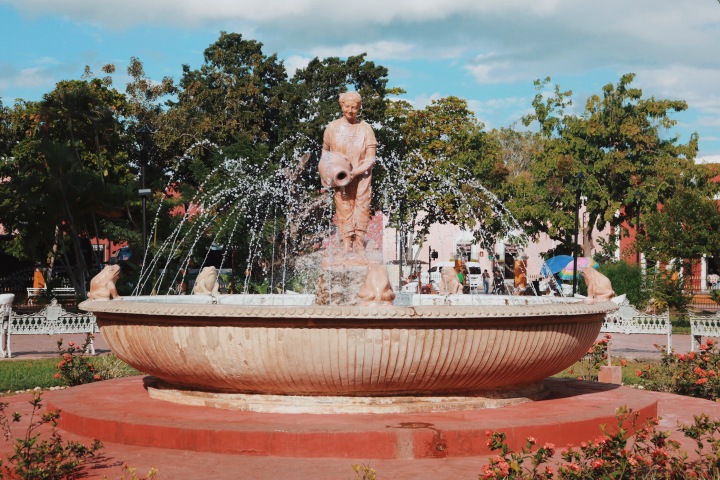 We got back to the hotel around 6.30pm so it really was a full day trip but it was so special and something we will never probably get the chance to do again, so the long drive and even longer day is 100% worth it. I think the day cost us around $120 each but if you think about what is included I think it’s really good price.

I’ll be totally honest, I was actually slightly sceptical about going on a trip so far away from the resort just because of the crime and things you hear about in Mexico, but the tour was so safe so if you’re similar to me in that aspect – you should go for it and don’t let any preconceptions hold you back. 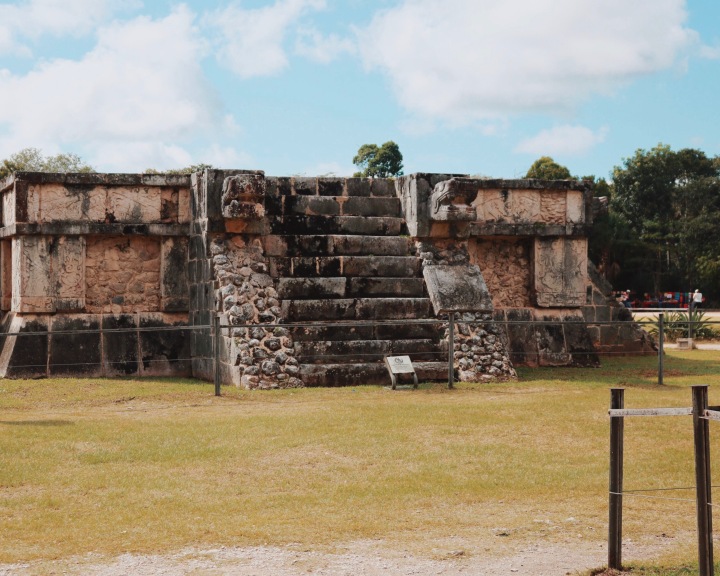